Q4 2020 Highlights
(unless otherwise noted, all financial amounts in this news release are expressed in U.S. dollars)

TORONTO, March 22, 2021 /CNW/ – Neo Performance Materials Inc. (“Neo“, the “Company“) (TSX: NEO) released its 2020 year-end financial results. The financial statements and management’s discussion and analysis (“MD&A“) of these results can be viewed on Neo’s web site at https://www.neomaterials.com and on SEDAR at https://www.sedar.com.

Neo booked significantly stronger sequential results in the fourth quarter of 2020, driven largely by a sharp rebound in automotive and industrial end markets in the latter portion of 2020.  On a consolidated basis and for the quarter ended December 31, 2020, volumes of 3,683 tonnes increased by 21.4%, revenues of $110.4 million increased by 41.8%, operating income of $3.2 million was higher by 180.6%, and Adjusted EBITDA of $12.3 million improved by 114.8%, all as compared to the quarter ended September 30, 2020.  Q4 2020 volumes, revenue, and Adjusted Net income all were also higher over the prior-year period.

“Automotive and industrial markets saw a strong resurgence in the fourth quarter, driving growth across many of Neo’s business lines, increasing volumes to more normalized levels, and helping Neo finish out 2020 on a very solid footing,” said Constantine Karayannopoulos, Neo’s Chief Executive Officer.  “Moreover, we are seeing these trends continue to strengthen into 2021, especially as automotive and industrial end markets accelerate toward increasing electrification of vehicles, reduced energy intensity in factories and homes, and meaningful reductions of greenhouse gas emissions, all of which will require greater supplies of rare earth materials.  Neo is very well positioned to benefit both from organic growth as the global economy continues to rebound and from additional strategic alliances and opportunistic investments that we are examining in the near- and mid-term horizons.”

For the year ended December 31, 2020, revenues of $346.7 million were 14.9% lower than in 2019.  All three segments experienced significant decreases in revenues as volumes were adversely affected by slower economic activities, including impacts due to the COVID-19 pandemic.  For Q4 2020, revenues of $110.4 million were increased by 16.8% compared to the prior year, largely due to a rebound in automotive and industrial end markets in the latter portion of 2020.

Operationally, for the year ended December 31, 2020, the most significant impact to financial performance is from lower volumes across all three business units, which can largely be attributed to COVID-19 and the impact to customer demand across the supply chain.  All three business units engaged in various cost-cutting initiatives including shortening shifts, temporarily idling certain facilities, reducing project costs and executing on other working capital reduction initiatives. Volumes and economic activity began to recover in the latter half of the third quarter and continued into the fourth quarter for both the Magnequench and C&O segments, while the aerospace market for the Rare Metals segment did not exhibit any rebound or recovery.  In the three months ended December 31, 2020, the Magnequench and C&O segments saw broad volume recoveries and across key areas such as traction motors and environmental catalysts for automotive.

On March 1, 2021, Neo announced that it entered into a non-binding agreement in principle with Energy Fuels Inc., to create an initiative to produce value-added rare earth products from natural monazite sands, a by-product of heavy mineral sands mined in the southeastern U.S.  Energy Fuels will process the monazite sands into a mixed rare earth carbonate in Utah for use as feed material for rare earth separation production in Neo’s European-based processing facility in Sillamäe, Estonia.

Operating income for the year ended December 31, 2020 was $20.0 million, a decrease of $9.0 million compared to the year ended December 31, 2019.   Full-year 2020 Adjusted EBITDA in the Magnequench segment was $29.9 million, compared to $37.1 million in 2019; a decrease of $7.1 million.  Sales volumes, and their impact on margins and overhead absorption, were the largest contributors to the decrease in Adjusted EBITDA with other impacts being from mix, price reductions, timing of certain operational activities, changes in foreign exchange rates, and timing of pricing pass-through mechanics on material inputs.

For the year ended December 31, 2020, volumes in the Magnequench segment were adversely affected by customer shutdowns and slowdowns, primarily as a result of the continued impact of COVID-19. The slowdown of volumes was seen across most applications that utilize Magnequench’s neodymium-iron-boron (“NdFeB“) magnetic powders.  However, Magnequench saw increases in the production and sales of NdFeB compression molded (“NdFeB CM“) magnets, particularly with respect to sales from the NdFeB CM magnet business purchased in 2019.  The current magnet product line services primarily laptop computers and consumer electronics and has been on a growth trajectory gaining market share since the purchase by Magnequench.  Volumes, revenues, and earnings are all higher in the three months ended December 31, 2020, compared to the prior year and compared to the prior sequential quarters.  Certain programs and end markets, including traction motors for hybrid and electric vehicles, that utilize Magnequench NdFeB powders and NdFeB CM magnets began to recover in the latter half of the third quarter and continued to recover and grow in the fourth quarter of 2020, partially due to some economic recovery and partially due to supply chains being refilled.

For the year ended December 31, 2020, volumes in the C&O segment were affected by the general economic slowdown, primarily as a result of COVID-19.  Customers of environmental catalysts had various periods of shutdowns and slowdowns and markets for rare earth products were slowed in terms of both volume and price.  Overall, C&O auto-catalyst volumes in 2020 performed slightly ahead of the prior year despite the slowdown in automotive due to market share gains and new product launches.  In Q4 2020, as certain portions of the economy began to recover, the C&O segment saw growth in the auto-catalyst segment compared to the prior year, and particularly compared to the prior sequential quarters, supported by market share gains and new product launches.  A portion of these strong volumes is related to the economic recovery and a portion is related to refilling the supply chain.

In rare earth separation, C&O benefited from an increase in the market price of certain products in the latter portion of the third quarter and continuing into the fourth quarter of 2020, fueled by increased demand, primarily in magnetic applications, as the economy rebounds from the impact of COVID-19.

Volumes and revenues in C&O’s water treatment products exceeded prior years but growth was slowed during the year due to new customer trials and launches being delayed due to COVID-19.

Operationally, the Rare Metals segment was impacted by lower volumes and selling prices in the year ended and three months ended December 31, 2020 compared to the prior-year comparable periods.  These lower volumes and selling prices were largely a result of the impact of COVID-19 impacting customer demand and the related supply chains, including receiving supply of raw materials.

Neo advises that the positive trends in volumes and higher selling prices that occurred in Q4 2020 have continued into Q1 2021 for the C&O and the Magnequench business units, resulting in a significant positive variance between what Neo anticipates it will report for Q1 2021 and current analyst consensus estimates. Neo expects that its Q1 2021 financial results will exceed current analyst consensus estimates of $84.9 million in revenue and $9.9 million in EBITDA for the period, as well as being significantly higher than the Q4 2020 financial results.  Neo plans to announce Q1 2021 results in May 2021.

This news release contains “forward-looking information” within the meaning of applicable securities laws in Canada. Forward-looking information may relate to future events or future performance of Neo. All statements in this release, other than statements of historical facts, with respect to Neo’s objectives and goals, as well as statements with respect to its beliefs, plans, objectives, expectations, anticipations, estimates, and intentions, are forward-looking information. Specific forward-looking statements in this discussion include, but are not limited to, the following: expectations regarding certain of Neo’s future results and information, including, among other things, revenue, expenses, sales growth, capital expenditures, and operations; statements with respect to current and future market trends that may directly or indirectly impact sales and revenue of Neo; expected use of cash balances; continuation of prudent management of working capital; source of funds for ongoing business requirements and capital investments; expectations regarding sufficiency of the allowance for uncollectible accounts and inventory provisions; analysis regarding sensitivity of the business to changes in exchange rates; impact of recently adopted accounting pronouncements; risk factors relating to intellectual property protection and intellectual property litigation; risk factors relating to national or international economies (including the impact of COVID-19), and other risks present in the jurisdictions in which Neo, its customers, its suppliers, and/or its logistics partners operate, and; expectations concerning any remediation efforts to Neo’s design of its internal controls over financial reporting and disclosure controls and procedures. Often, but not always, forward-looking information can be identified by the use of words such as “plans”, “expects”, “is expected”, “budget”, “scheduled”, “estimates”, “continues”, “forecasts”, “projects”, “predicts”, “intends”, “anticipates” or “believes”, or variations of, or the negatives of, such words and phrases, or state that certain actions, events or results “may”, “could”, “would”, “should”, “might” or “will” be taken, occur or be achieved. This information involves known and unknown risks, uncertainties and other factors that may cause actual results or events to differ materially from those anticipated in such forward-looking information. Neo believes the expectations reflected in such forward-looking information are reasonable, but no assurance can be given that these expectations will prove to be correct and such forward-looking information included in this discussion and analysis should not be unduly relied upon. For more information on Neo, investors should review Neo’s continuous disclosure filings that are available under Neo’s profile at www.sedar.com. 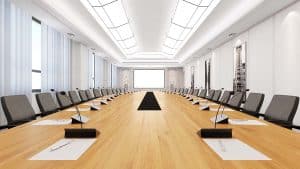 Neo will report its fourth-quarter results for the period ended December 31, 2020, before the Toronto market opens on Monday, March 22, 2021.